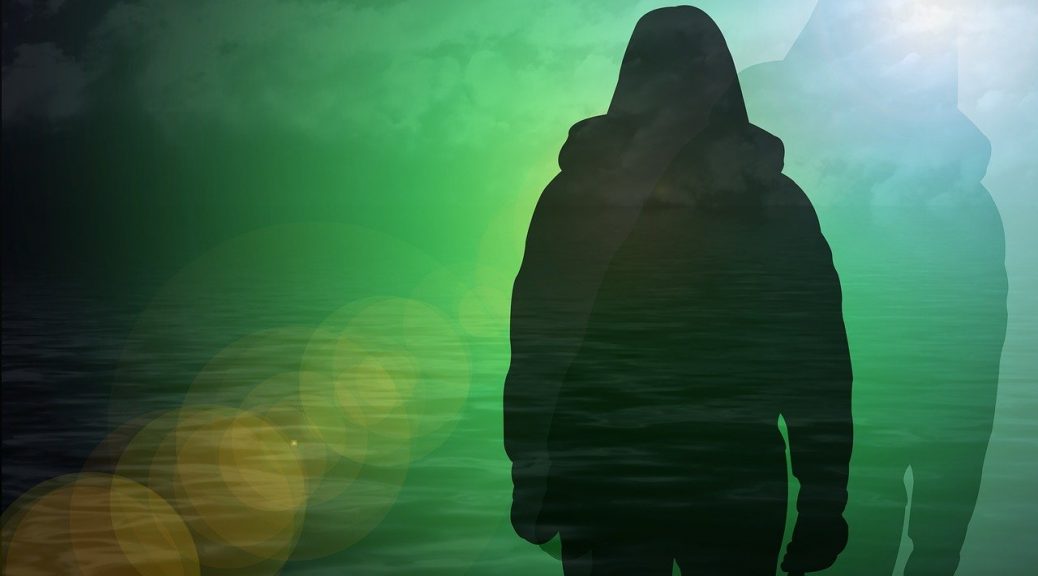 A Reading from the Oahspe
1 Be patient, O man, with thy neighbour and thy brother. 2 Many men are far short in righteousness, and without strength to accomplish to the extent the mind conceives; 3 And for having done wrong suffer lamentably, with none to relieve them; 4 For which reason thou shalt provide them honourable comfort.

5 In the past, such ones confessed to a priest, and he pardoned them, whereby they were quieted and relieved of great distress.

6 In a later time, it was said: Confess to one another. 7 In this day neither of these alone is compatible with the intelligence of such as shall be of Jehovih’s Kingdom.

10 And in either case he shall not take further sorrow or remorse, or shame, nor shall any member ever speak of the matter afterwards, save to comfort him. 11 But in all cases confession shall be made in the Name of Jehovih, and forgiveness likewise. But whoso seeketh to justify himself, or to make it appear that he was but partly culpable, or that another led him into it – that man shall not be forgiven. 12 If he were led into it – then he who led him knoweth it and shall exonerate him.

13 Whoso Jehovih hath created in proximity as to time, country, place and association – the same shall not be far distant on many occasions in the next world; and in time to come they shall be as if in a house of glass, and all the deeds done while in mortality shall be read as if in an open book. 14 For which reason thou shalt not tarry by the way when thou hast wronged any man or the community, but go quickly and confess, that thy spirit become pure in the sight of Jehovih.

15 Though thou grieve, saying: Shall I humble myself? – I say unto thee this is Godliness, for it is the purification of thyself, and the beginning of power. But if a man wrong himself, as by pollution, dissipation, or otherwise, this is sin against Jehovih; and to Him shall he confess privately, making a covenant with his Creator to do so no more – which if he keep – then the wrong is forgiven him, and he shall have peace of soul. (Oahspe Bible, Book of Discipline 10:1-15)

Personal Comments
Humans make mistakes every day. Some of those mistakes are very simple, or common, while others might be more on the level of a grave sin. As servants of the Great Jehovih, we are expected to repent of our mistakes, sins and all of our shortcomings. We must ask for forgiveness and learn from those mistakes. We must also forgive those who have hurt us. When we repent, we make amends with those whom we have hurt or atonement to the Father where we broke one of His laws. This is a learning process. Through experience, trial and error, we are being brought closer to Jehovih’s All Perfect Light.

If we learn from our mistakes and make a genuine attempt at not repeating them, we can rely on the fact that the Creator will help us through our trials, and will continue to guide us on His Path of Light.

While the various spiritual communities that have Jehovih’s favour are overseen mostly by humans, these have been appointed or chosen by special means, often by celestial beings relaying the will of the Father through one of the Divine Messengers.

Although not every community is able to present the truths in a perfect manner due to human error, ultimately, the Faith is divinely guided. This is a fact that we can be assured of.

If there is a mistake somewhere in the presentation of the Message of Light, it is likely to be very minor. Those who are aware of the mistake are asked to approach the teacher about it with a humble heart to make sure it truly is a mistake. Avoid making irrational accusations or judging the teacher. If it is a real mistake, then all involved should pray to the Father about this, asking Him to provide clear answers through His angelic servants. Practice patience. In the end, the Father will make clear all things.

Never forget that the Father has blessed a system where His children, those who worship only Him, are gradually being perfected. There will be mistakes and obstacles on the way, but because it is the Creator who is in charge, He will guide us in the right direction.

In summary, we confess our sins and mistakes to our Father, and where it is appropriate, we speak to our brothers or sisters to seek forgiveness where we may have wronged them. If need be, a priest (lodge chief) is spoken to for counselling and to confirm the forgiveness that the Creator has already granted. When we see mistakes in doctrine, exegesis or practice, we practice patience with those bringing about the mistake. We do not pass judgement. We pray for Jehovih’s forgiveness of our own mistakes and those of others. We ask for His guidance in all things.

“Jehovih, Who rulest in heaven and earth, hallowed be Thy Name, and reverent amongst men. Sufficient unto me is my bread, and as much as I forgive those that trespass against me, so make Thou me steadfast to shun temptation, for all honour and glory are Thine, worlds without end. Amen.” (Joshu’s Prayer)