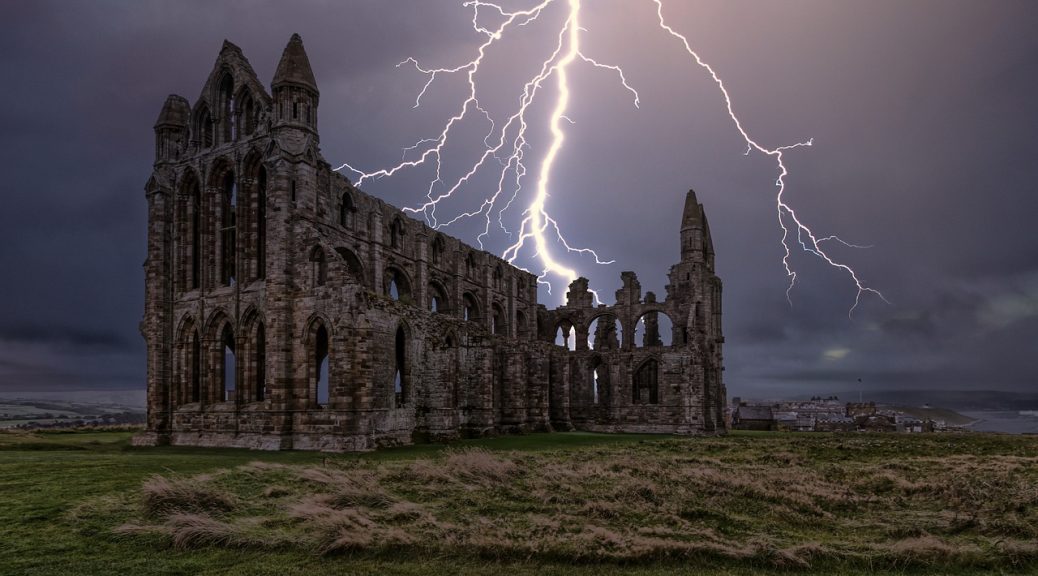 The title given to this chapter is “God Giveth a New Religion.”

1. God said: Hear the words of your God, O ye preachers, priests and rab’bahs; seek not to gainsay my words.

¶ 1 At the outset of this chapter, it is evident that it is those who are considered spiritual leaders of the congregations and religious institutes. The term “gainsay” is used in the sense of “oppose.” The leaders are warned not to oppose these words or to declare them false.

2. In times past, I had such representatives, and I said unto them: Go ye, preach my doctrines unto the inhabitants of the earth; make them understand the way of the Almighty.

¶ 2 Anyone familiar with the teachings of Joshu will be reminded of the following passage in relation to verse above.

¶ 3 “And Joshu came to them and spake unto them, saying, All authority hath been given unto me in heaven and on earth. Go ye therefore, and make disciples of all the nations, baptising them into the name of the Father and of the Son and of the Holy Spirit: teaching them to observe all things whatsoever I commanded you: and lo, I am with you always, even unto the end of the world.” (Matthew 28:18-20)

3. And ye shall take neither money, nor scrip for your labour, but be an example of faith in the promises of God. 4. So, your predecessors went forth fulfilling my commandments.

¶ 4 The term “scrip” is now considered archaic. In this context, the term can refer to a “purse” (see Luke 10:1-4) or certificates that are issued by companies, such as stocks.

5. But, behold what ye are doing in this day! Ye patronise the man of wealth; ye boast of the riches of your congregations! 6. Ye receive salaries, and ye dwell in fine houses; my doctrines ye sell as merchandise! Ye have fine temples and fashionable audiences, and ye curry favour with those who are in affluence.

¶ 5 Anyone familiar with televangelists can easily make a comparison here. “In 2007, U.S. Senator Charles Grassley launched a probe of the televangelism world. Of the six high-profile ministers that Grassley contacted, only Benny Hinn and Joyce Meyer replied, the Orange County Register reported. Audited statements for 2006 showed Hinn’s total revenue and support at $97.3 million, but gave no hint about his salary. Joyce Meyer Ministries reported $112.7 million in revenues for 2008, plus $93.3 million in contributions, the newspaper stated. As critics noted, such figures speak volumes about the lifestyles that figures like Hinn enjoy.” (Career Trend) The world measures success in life as being related to how much money one has. Many televangelists have followed the same pattern, with ownership of massive properties including mansions, jets, cars and several holiday homes. Not only do they receive contributions from their followers and the public, but they also sell often useless merchandise.

¶ 6 “Kenneth Copeland is very close to being a billionaire even though he already claims billion dollar status. He runs Kenneth Copeland Ministries. His ministry’s 1,500-acre campus is a half-hour drive from Fort Worth includes a church, a private airstrip, a hangar for the ministry’s $17.5 million jet and other aircraft, and a $6 million church owned lakefront mansion.” (Etinside Online Magazine) The same article refers to TD Jakes having a net worth of $150 million U.S. dollars. Other millionaire televangelists mentioned in the article, to name a few, include David Oyedepo, Pat Robertson, Jesse Duplantis, Joel Osteen, Creflo Dollar, Rick Warren, John Hagee, Paula White. All of these have proven to be false teachers, with some being false prophets. They have taken the commandments and turned them into financial profit.

7. Ye go not to the drunkard’s den, nor to the unfortunate woman; these ye take not in your arms, saying: My brother, my sister, come with me, I will show you the kingdom of God! 8. Behold, I have come to you in spirit and in truth, but ye put me off, saying: Is not the first duty to one’s own household? Is not self-preservation the first law? 9. Now, I answer you: These questions spring from the beast, and not from the spirit.

¶ 7 I recall an account where a megachurch invited several homeless and other people of little financial means to have free meals. Many of those who attended said they were not allowed to eat before they listened to a symposium that lasted for more than half a day. Of course, the “ministry” made excuses as to why they made such a poor decision to trick the poor into attending their “workshop.”

10. Neither availeth it you one jot or tittle, to rise at break of day and recite prayers all day, nor to say: God help the poor! or: Blessed art thou, my God! 11. When ye can not purchase one another by flattery, how hope ye for the favour of the Almighty, by praise and prayers and flattery?

¶ 8 It is one thing for Faithists to forget to say their regular prayers on occasion or to allow something to distract them. However, that is not what these verses are referring to. There are some individuals who will teach about the importance of praying early and on a regular basis, but they themselves are not walking the path in which they teach.

12. Behold, the selfishness of man hath made the world like a house on fire! My little ones are in pain and suffocation. 13. Go, then, quickly, to them, and provide a remedy. This is the new religion I give unto you: Demanding sacrifice of you, and your congregations, of all ye have, that is not in use and actual need.

¶ 9 For outsiders who observe the actions of these false teachers, it must seem there is no hope for their followers. For Faithists, however, there is a command to “provide a remedy.” We can not sit on the sidelines doing nothing, but must stand up for innocent ones who have been misled by such false teachers.

¶ 10 What belongs to us, belongs to all of our brothers and sisters and to those of the world who are in need. This is Jehovih’s “new religion” — a religion of sacrifice for the benefit of others.

14. And ye shall judge the limit thereof, remembering that whosoever is bound on earth, is bound in heaven. 15. I have drawn aside the veil of death, your sons and daughters, your fathers and mothers, the dead and the living, stand face to face. 16. And the angels are testimony unto you, that your doctrines, as ye practice them, are a blasphemy against the Almighty.

¶ 11 Again, we have an indictment against us. If we are not following Jehovih’s ways, we are no different than those who make His Commandments into profit. Jehovih considers this blasphemy and as the verse indicates, the angels testify against us.

17. Ye persuade yourselves and your congregations, that, after death, the soul shall go far away, and to an exalted heaven. But, behold, they that are dead are with you. They testify unto you by the thousands, and by tens of thousands, that ye led them astray. 18. The evidence of the work of heaven is at your door. Ye stand accused before Jehovih, that ye practice not what ye preach; that ye fare sumptuously, and connive at sin; that ye preach what ye can not prove; by the angels of your own blood and kin, are ye accused.

¶ 12 Verses 17 and 18 should be of special interest to spiritualists and spiritists, in that the Oahspe Bible testifies that the dead do not “go far away…to an exalted heaven.” Instead, the dead are with us. In these particular verses, the dead are those who were taught falsehoods by their ministers and spiritual leaders. Jehovih charges these false teachers with not practising what they preach. Their own ancestors who have passed beyond the veil accuse them of their falsehoods and life of debauchery.

19. Ye have no personal knowledge of heaven, and, in stubbornness of heart, ye dispute with my seers and prophets, who can prove before you, they have power to see unseen things, and to hear that which ye can not hear.

¶ 13 When Jehovih sends out His seers and prophets, the false religious leaders, in their pride and desire for financial gain, refuse to hear the truth.

20. Ye study spiritual things with your corporeal senses; neither have ye capacity to see and hear the spirits of the dead. How much less, then, shall ye presume to interpret Jehovih and his kingdoms?

¶ 14 The false teachers, and to an extent their followers, do not study with the aide of Jehovih’s spirits (angels). They are unable to communicate with the spiritual world to learn of the Creator’s ways because of their carnal and material desires. If they can not hear the spirits sent by Jehovih, then how can they teach about His future plans for humanity?

21. Now, behold, I come in this era, not only to declare to you, that the time of preaching is at an end, save wherein it is practised in deed as it is spoken in word, but also to prophesy to you, that many of you will give up your calling, and preach no more. 22. And your temples and churches and meeting-houses shall be turned into consultation chambers, to find remedies against poverty, crime and debauchery. 23. And the congregations shall be enrolled, and, at the meetings, they shall be inquired after, to see if they are in need. And they shall have volunteers, who shall go about seeking out the helpless and distressed. 24. So, that, instead of the congregations sitting to hear your sermons, they shall come as co-workers for Jehovih’s children.

¶ 15 What a stark difference between what nominal Christianity and New Age religions teach these days, compared with what it prophesied concerning the new religion of Jehovih! We have seen many churches and religious institutes, including entire denominations, collapse since the beginning of the Kosmon Era. These continue to crumble as the new religion takes hold among Jehovih’s true people.

25. This is the new religion, which I give unto you; and, moreover, let it be a prophecy to you of the words of your God. For there is no such congregation this day in all the world; and yet, ere this generation pass away, this shall be proven before you.

¶ 16 Although the “new religion”, for example, Jehovih’s Kingdom on earth, has not become fully realised, it is in the hearts, minds and in the actions of true Faithists today. It is a reality and something we pray for each day.