1. Jehovih said: And God shall cause a record to be kept in heaven, of his dominions and
his Lords. And he and they shall enjoin it upon their successors forever to keep a like
record.

2. And in the times of my harvest a copy of these records shall be taken up to My
etherean kingdoms and filed with My Orian Chiefs and Archangels in the roadway of the
travel of the great serpent, for their deliberations as to the progress and management of
the inhabitants of the earth and her heavens.

3. Think not, O ye angels, that the resurrection of your heirs, and their descendants that
come up out of the earth, is an easy matter and of steady progress, devoid of mishaps and
woeful darkness.

4. The angels under you shall become at times rebellious and defiant; disregarding
your laws and decrees; and they shall desert your heavenly places and go down to the
earth in millions and hundreds of millions. And they shall drive away the ashars, and
then assume guardianship over mortals. But they shall develop no righteousness under
the sun, but they will inspire mortals to war and destruction. And these angels
will themselves take to war and evil on every hand within the place of your heavens.

6. And mortals who shall be slain in war shall be born in spirit in chaos on
the battlefields; in chaos shall such spirits enter the es world. And they shall not
know that they are dead, (as to earth life), but shall still keep fighting right and left.

7. And enemy shall take enemy, in these heavens, and cast them in the places of torment
which they have built, and they shall not know peace nor wisdom.

8. And the work of your heavens shall become as nothing. And ye shall turn to, going
about delivering hells and the spirits in chaos. And your labor shall be exhaustive; verily
shall you cry out because ye came and peopled the earth.

9. This also have I created possible unto My creations; for both angels and mortals shall
learn to know the elements of the heavens and the earth, and to know the trials of love
and misfortune.

10. Nor have I made wisdom possible unto any man or angel that knoweth not My
elements, and the extremes of evil and good which I created.

11. But in the times of great darkness which shall come upon earth and these heavens, lo,
I will bring the earth into dan’ha; and my ethereans shall come in my name and deliver
them.

12. And again for another cycle shall they be left with the lessons given unto them;
but they shall fall again in course of time. But again will I deliver them; through my
Gods and Goddesses will I cause them to comprehend the magnitude of My creations.

13. As ye travel from heaven to heaven in this atmospherea, even so shall ye inspire
mortals to build corporeal ships, and sail across the oceans, that the inhabitants of
different divisions of the earth may become known to one another.

14. And when the inhabitation of the earth shall be completed, and the nations shall have
established civil communion around from east to west, in that same time will I bring the
earth into the kosmon era, and My angel Embassadors, Gods and Goddesses, shall render
up the records of these heavenly kingdoms.

15. Through them will I reveal unto mortals the creation of My worlds, and the history
and dominion of My Gods and Lords on the earth, even from this day down to the time of
kosmon.

16. And Jehovih caused the angels of atmospherea to assemble together and organize
the first kingdom of of the heaven of the earth. And the place was called Hored,
because it was the place of the first organic abiding place for the first God of this world.

17. And Hored was situated over and above the mountains of Aotan in Ughoqui,
to the eastward of Ul, of that country hereinafter called the continent of Pan.

18. Thus endeth the inorganic habitation of the earth and her atmospherea.

END OF THE BOOK OF JEHOVIH. 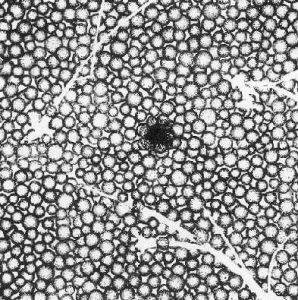 Plate 7. X’SAR’JIS,
or end of the se’muan age, that is, the time of the termination of creating animal
life. Jehovih said: Behold, I quickened the earth with living creatures; by My
breath came forth all the living on the face of the earth and in the waters thereof,
and in the air above the earth. And I took the earth out of the dark regions, and
brought her into the light of My ethereal worlds. And I commanded the living to
bring forth, by cohabitation, every species after its own kind. And man was more
dumb and helpless than any other living creature. Jehovih spake to the angels that
dwelt in His ethereal worlds, saying: Behold, I have created a new world,
like unto the places where ye were quickened into life; come ye and enjoy it, and
raise man upright and give him words of speech. For these will also be angels
in time to come. (See BOOK OF JEHOVIH, CHAPTER 6, verses 12, 13, 14, page 27)