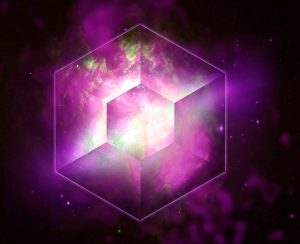 When an individual claims he or she is receiving divine revelation, it must be confirmed by others who also received the exact same message. The celestial being Mir Mahvar, along with numerous angelic beings, have stated that “In this age, a lone individual does not receive divine revelation that affects others, but rather, the type of revelation that affects others is received simultaneously by several others around the world. The message received by one person is always the same received by many others, even if their languages differ from each other. There are some who have claimed to have received revelations, but others have never heard anything regarding such messages. In some cases, those messages prove to be false because it is easily demonstrated that they are not in harmony with all the Pillars of the Truth.”

It is very rare that the highest of the angelic beings, or archangels, speak to individuals because they have many other tasks involved during this era. Relaying personal revelation is not a task that is given to these higher beings in the celestial realm. Instead, in this era of humanity’s existence, the higher angelic beings speak to groups of people at a time with messages or information that profoundly affects the community or the worshippers of Jehovih as a whole. With that being said, this type of communion with the highest celestial beings is only taking place with certain individuals who are highly experienced with this form of communion, and who have practised it for several years within the faith.

One should never trust those who claim they are receiving divine revelation from angels or from other divine beings. The only time, as Mir Mahvar has taught us, that an individual is spoken to is to encourage the individual to continue walking in the way of the Creator. Individuals do not receive messages from the angels that affect other people in any major way.

In the future, there will be many individuals, young and old, and all genders, who begin receiving divine revelation. At this time, the angelic beings are only assigned to groups of the Creator’s worshippers. When individuals truly receive divine revelation, it is for the individual’s encouragement, but not a message to the entire assembly.

While anyone can be inspired by Jehovih’s words and His creation, or by music, this does not make one a prophet. Often times a person is moved by something they hear or see because of emotion, which is not always inspiration. Some people have been moved to commit heinous acts against others, but these were clearly not inspired. In this regard, it is important that the brethren always bear in mind and be cautious about those who claim to be prophets.

The authorities in the assembly are made aware of who is a prophet and who is not. Those same authorities are also aware of divine revelations being given at different times.

If you believe you are being inspired to do good for others, then you should walk on that path. If you believe you are being urged by the Spirit to take a certain path, then pray about it. If you believe you have been chosen as a prophet by the Father, yet no one who has been appointed by the Father’s own agents is aware of this matter, then you are treading on dangerous grounds by making such a claim. In the latter case, the proper course of action would be to diligently pray for Jehovih’s guidance, ask for forgiveness on the matter and put it behind you.

The assembly keeps records of all those who are currently serving as prophets, seers, readers, and all clerics. If anyone doubts the claims of an individual, all they have to do is contact the assembly for verification.