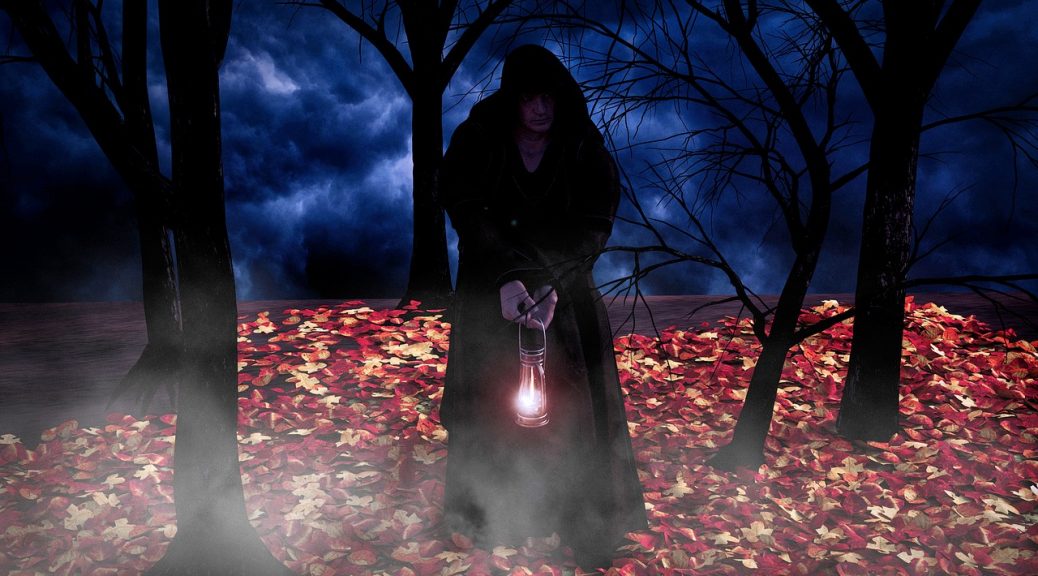 In other words, the people of the world, or worldly people. This can also include people of certain religions that belong to the Beast. “And the names of the heads of the Beast were Brahmin, Buddhist, Christian and Mohammedan. And they divided the earth, and apportioned it between themselves, choosing soldiers and standing armies for the maintenance of their earthly aggrandizement.” (Oahspe vs. 12) Jehovih has already made a distinction between Uzians (worldly people belonging to the Beast and its religious and secular organisations) and Faithists (those who belong exclusively to Him because they have made a covenant with their Creator and have affiliated with one another in unity). “But to as many as will not make these covenants, have I given the numbers of the Beast, and they shall be called Uzians, signifying destroyers. And these shall be henceforth the two kinds of people on earth, Faithists and Uzians.” (Oahspe vs. 21)

1. GOD said: I am not come in this era to judge the drunkard, the harlot and thieves and murderers; these are known unto thee, O man.

The “drunkard, the harlot and thieves and murderers” have already been judged by their actions — they have judged themselves.

2. I am not come to repeat former judgments against whom all men understand to be sinful; for, behold, I gave governments into the hands of men, to deal unto such themselves.

Jehovih permits self-ruling governments to exist. Human governments do not need the Creator to manage every aspect and policy they make, although He is aware of every action they make.

3. But I am come to the leaders of men; to kings, queens, emperors and presidents; and to philosophers and men of learning, priests, rab’bahs, cardinals and popes; and to merchants, bankers, manufacturers, farmers, shippers, and hucksters. 4. Such as pass unscathed before the laws and government of man, and are reckoned passably wise and good before the world. 5. And not even to such of these as are bad men in disguise, who escape condemnation before the courts, by cunning and strategem.

Judgement is against all those who think they are above the law and commandments of the Creator, and those who are in leadership who should have knowledge of the laws of the land, but instead hide behind their assumed titles and lord their authority over the people. The world (Uz) esteems them because they think they are wise.

6. But I am come to the best of all of them, be they true Brahmins, true Ka’yuans, true Budhists, true Kriste’yans, or true Mohammedans. 7. Therefore, O man, hear the judgment of thy God against them: They are not united and affiliated as brothers. 8. But the best of all of them are as so many individual entities pulling in different ways, every one for himself.

Regardless of the sect to which they claim membership, judgement is still against them. There is no unity among these different groups.

9. The Brahmins are not communal; the Ka’yuans are not communal; neither are the Budhists, nor the Kriste’yans, nor the Mohammedans; neither the philosophers, priests, merchants, nor any one people in all the world. 10. There is no fullness of heaven amongst any of them. They are divided into thousands of ideas and projects.

Even amongst themselves, there is no real unity. The division within each group named is quite evident when examining their teachings and the many sects and denominations. This is why Faithists say that the Uzians, even the “religious” among the worldly people, have no covenant with the Creator.

11. Now, hear me, O man, and consider the wisdom of thy God: Satan is wiser than any of these I have named. 12. For satan hath made armies of soldiers communal. He hath discovered the power of affiliation and discipline. 13. Behold, a thousand soldiers are more efficient than ten thousand men, unorganized.

For some it may come as a shock to know that the Scriptures tell us that satan is more wise than the religious people from Uz, and that satan’s armies are more united than Christians, Buddhists, etc.

14. Judgment is rendered against the best of men in all the world, because they are inorganic for righteousness, and for establishing the Father’s kingdom. 15. This, then, is what befalleth the nations and peoples of the earth: Alike and like the angels of heaven minister unto mortals (save wherein thy God and his Lords provide especially otherwise), the inorganic heavenly regions to the inorganic inhabitants of the earth.

The Oahspe says the Uzians have no desire for unity or righteousness. There is no covenant for them, thus they do not receive the real heavens after death, or the realisation of Jehovih’s Kingdom on earth.

“Beloved, believe not every spirit, but prove the spirits, whether they are of God; because many false prophets are gone out into the world.” (1 John 4:1)

17. For the angels who wander about on the earth know not my kingdoms, and they deny me, and deny all order and system and discipline in heaven and earth. 18. And each and all such angels, coming to mortals, do so on their own account, assuming any form and name they may find acceptable unto men.

The imperfect angels (spirits) who roam the earth lead the Uzians into all types of falsehoods and create false teachers, teaching a false gospel. They deny the true Creator and replace Him with false gods, lords and saviours. For teachers of a false gospel, they replace Jehovih with the words of demons and money.

19. Such angels have not yet entered the first resurrection; nor belong they to any disciplined kingdom in heaven. 20. And all mortals, such as I have named to thee as the best and highest of mortals, enter the es world (after death), only into the inorganic regions of heaven.

As verses 14 and 15 indicate, there is no covenant for the spirits of Uzians. Thus, they enter into “inorganic regions of heaven.”

Such spirits are stuck in a mire-like region of their own making. In their muddy delusion, they believe themselves to still be in their former positions, for example, merchants, philosophers, popes, kings, etc.

23. Neither have they power or wisdom to go to any other place; and they stroll about, like one that hath lost his master. Neither will they affiliate with other angels; but, in stubbornness and moroseness, persist in working out an individual identity, until they are broken down in sorrow and darkness, which may be in a few years, or it may be hundreds of years. 24. And, then, my holy ones come to them, and carry them away to my es’yan schools.

In their arrogance, greed and desire for control over others, these spirits who originated from the land of Uz, are unable to approach the righteous angels for the proper education in order to ascend to higher levels of Jehovih’s Kingdom (heavens). It can take many years before such spirits come to the realisation that the world in which they have created is a delusion. It is only then that Jehovih’s angels will come to them with the glorious truth of Jehovih the Eternal Creator.

• Unless otherwise indicated, site content is Copyright ©2018-2021 by the Oahspe Bible Society and the Church of Jehovih.