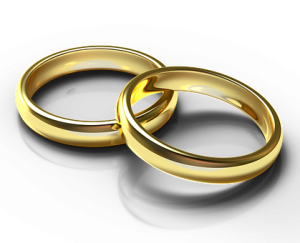 We are blessed to have instructions provided to us in the Oahspe on the subjects of marriage, divorce and remarriage, as well as many other topics. The Oahspe Bible even includes instructions on how to address modern-day social issues that were either never heard of or rarely ever mentioned 200 years ago.

The world, in general, does not understand the seriousness of marriage, and thus divorce is seen as an “easy way out” of a bond that otherwise should have been for a lifetime. Sadly, the manner in which divorce and remarriage have been handled in many Uzian churches has caused a great deal of heartache and division, not only in families but also within their religious organisations and churches. This kind of confusion is something that Faithists must avoid, especially if they are to be seen as having a proper covenant with the Ever-present Creator.

For Faithists, marriage is between two spouses and no more. The Oahspe tells us that both partners are to be Faithists. In other words, a Faithist is not to marry a non-Faithist, and especially not an Uzian. “Do not marry because of the impulse of the beast (the natural man), but consider your own spirit and the spirit of your (potential) spouse.” (GFB 4:19) Furthermore, we read: “We are no man’s keeper; neither say we whether celibacy or marriage is the higher. We give liberty unto all to serve Jehovih, on that matter, in their own way. One marriage only do we permit to any man or woman. And, though one or the other die, yet the survivor can not marry again. And, as to such as are married, they can, at the option of either one, return to celibacy, by being publicly proclaimed in the temple of Jehovih.” (King. 22:10) This tells us that the ideal situation would be that once a couple is married, if a separation occurs, there is to be no remarriage. We also read: “You shall not marry but once; neither shall you look after any other partner all the days of your life.” (GFB 5:11) Joshu tells us that Faithists “shall not practice polygamy, for you must have but one spouse…you shall not marry but amongst the chosen.” (Esk. 44:12,24, Oahspe Study Bible)

We must face the fact that divorce is a reality among frail human beings, especially in this day and age. A divorce might occur due to voluntary sins such as adultery or other forms of unfaithfulness to the marriage vows. Two forms of such abuse include mental and physical abuse. Abusive relationships must be addressed, and as sad as it may be, divorce may be the only answer to solving a truly irreconcilable difference between the couple. Faithist elders must be ready to protect the victim whether he/she is male or female. Once it is determined that the accused is guilty of wrong-doing, he/she must be removed from the congregation so as to protect the victim. Whatever the case may be, we must treat the situation with compassion, but we also must stand up for what is right according to our faith. We must be willing to protect the vulnerable from any further attack, whether verbal, mental or physical.

While divorce and remarriage might appear to be a difficult, complicated knot to untie, it does not have to be. The Oahspe provides us with a simple solution, and as such it demonstrates Jehovih’s love for His children and shows us His wisdom which surpasses that of all creation.

We read from the Oahspe Bible: “Tae said: A new life is before you. Before now, you have been directed and criticised, and commanded by men as to what you should do and what you should not do. Hereafter, you shall not be disciplined in that manner, but shall discipline yourselves.

Before now, you reproved one another for various trivial faults; hereafter, you shall not reprove one another for such matters, nor reprove any person above fourteen years of age; remember constantly that you are not keepers or dictators over your equals or your elders.

And for such faults or shortness that you may perceive in others, with the exception of infants, turn away, do not look upon them, nor mention them. Such matters are between Jehovih and the doers.” (King. 17:54-57)

While the above gives us ample evidence that an individual’s sin is between that person and Jehovih, it is important that the elders keep the congregations clean, but without a dictatorial or tyrannical spirit. Our main concern in situations regarding previous and present wrongdoing is that which is committed by the elders. The elders must serve as exemplary brothers and sisters in the congregation. If it is determined, without a doubt, that an elder is abusive to his/her spouse, divorces his/her spouse without proper reason, or decides to marry a second time, it would be reasonable to conclude that he/she is not serving as a good example to the rest of the brethren. Thus, in some cases, after proper examination out of love for the individual and for the rest of the congregation, the elder must be admonished and may be required to step down from any teaching position, no longer serving as an elder. In most cases, it is unlikely that he/she is able to serve again as an elder. This would of course depend on the situation. This does not mean that he/she must leave the congregation, but the individual may if he/she wishes to. The only reason someone would be set outside the congregation is due to continued sin, teaching others to disobey our faith’s commandants, breaking major laws of the land, bringing harm against others or unnecessary vile speech concerning the brethren.

As the Oahspe tells us, some matters are between the individual and Jehovih the Creator. Joshu said, “Look only upon the virtues and wisdom in your neighbour; you shall not seek out his faults. His matters are with his Creator.” (Esk. 44:16,17, Oahspe Study Bible) There are certain issues that may arise on occasion that must be self-regulated, rather than dictated. Brothers and sisters should have sound faith and proper knowledge of what is required to be a servant of Jehovih, especially if he/she agreed to come into a covenant with Him. As far as those who are not elders (or serving Jehovih and the brethren in any capacity) who are no longer obedient to the Father, they will leave on their own accord, because, as we know, darkness can not dwell in the presence of the light. If individuals are causing strife and division in the congregation or amongst the brethren as a whole, it would be appropriate to ask them to leave, since their interests are no longer based on Jehovih’s light. However, in most cases, elders are those whom the Chiefs (Rabbah and Rabban) should be disciplining for the benefit of everyone concerned, but this discipline can never be tyrannical or expressed in anger.

All Faithists should help uphold the sanctity of marriage between two spouses, and be thankful for the clear and loving instructions provided to us from our Creator Jehovih, through His angelic messengers in the Oahspe and in continued revelation. May each brother and sister, especially in the position of teachers and elders, serve as examples to the rest of the flock of the Father’s sheep by upholding His Commandments. Your example today can be of assistance in the spiritual resurrection of many people in the future.