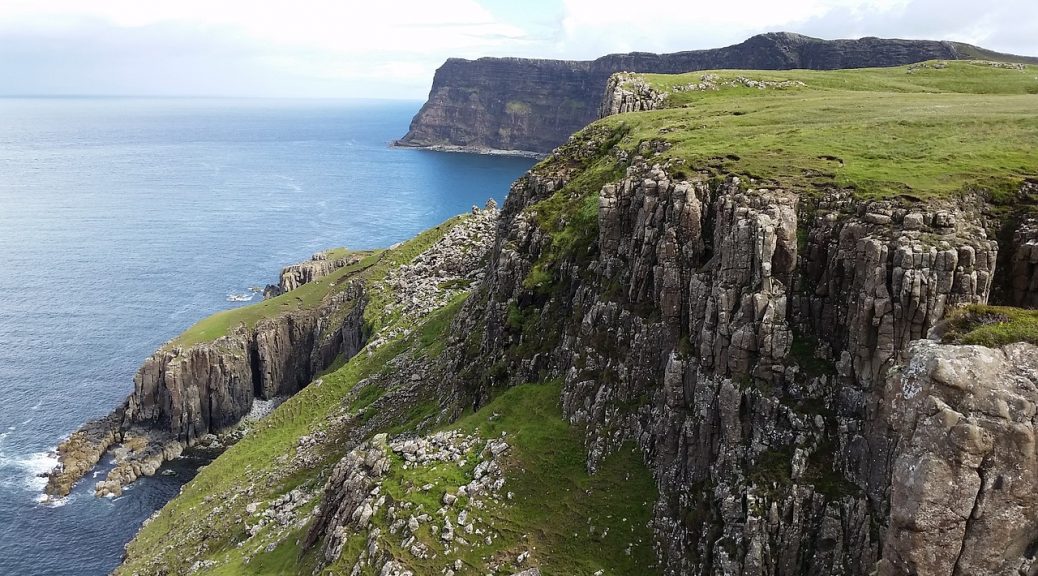 The title of this chapter is “God Judgeth Against Exclusiveness.”

1. God said: Hear the judgements of thy God, O man; look thou upon all the world with the eye of a God. 2. Be thou comprehensive in judgement over all nations and peoples upon the earth.

It is important that we view all of humanity with “the eye of a God” — in other words, having a godly, unprejudiced view of others.

3. Jehovih hath said: Out of My very self created I all the living; brothers and sisters made I them, from the members of My body.

Ultimately humanity derives from the Light of Jehovih, thus every human being is our brother or sister.

At his earliest stages of development, man was unable to safely navigate the “mighty waters,” thus there was a great division between different civilisations. Most civilisations did not know of the existence of others unless they were within their own region. Their knowledge was very limited.

Over very long periods of time, there came to be various groups of peoples, tribes and whole civilisations. Jehovih gave each group of people their own lands or portions of lands and islands.

6. Jehovih hath said: But, when the world groweth older, and man attaineth to wisdom, I say unto him: Build thou ships, and sail across the waters I created; go visit thy brothers and sisters in the different divisions of the earth.

After humans came to learn more about their environment and the oceans, the Almighty gave instructions that they should venture out to other lands.

7. Jehovih hath said: As man mastereth the ocean, and cometh to his brothers and sisters, afar off, and I say unto man: Because thou hast mastered the ocean, let this be a testimony unto thee, that there shall be no barrier, henceforth, between all the nations and peoples I created. 8. Jehovih hath said: In Kosmon I come, saying: Be ye brethren upon the face of the earth and upon the waters of the earth; these are the legacies I bequeath unto My children.

The Eternal Creator proclaims that He does not wish for there to be divisions or barriers between His creation. Jehovih’s Faithists see this commandment to mean more than simply land divisions, but as barriers between human beings in general. That is to say, Faithists should never harbour prejudices toward people of other national origins, ethnicity, tribe, race and so on. We are all children of Jehovih.

9. Jehovih hath said: Be ye a help and a profit unto one another, judging wisely of the differences which circumstances and places of habitation have developed in the races of man.

In the ninth verse, we are told to judge with wisdom concerning the various differences that exist among our brothers and sisters in other lands. Some have developed highly while others have developed at a much slower pace. Knowledge progresses at varying degrees around the globe. Jehovih instructs that we must help one another in our development. This is especially important regarding spiritual knowledge.

10. Now, I, thy God, O man, declare this judgement unto thee: Inasmuch as thy wisdom hath surmounted the corporeal barrier, the ocean, betwixt thee and thy brother, it is meet and proper, that thy soul surmount the barrier of prejudice against thy brother. 11. And that, instead of making laws against him, thou shalt do the opposite of this, and throw open the place of thy habitation, and thy soul, and thy love, to receive thy brother, godlike, and with open arms.

Our love towards our brothers and sisters is to be unconditional. Jehovih provides His truth progressively to all of humanity who chooses to hear His words. In ancient times, some individuals and nations had gained more knowledge about their Creator than others. However, each individual was still equal in Jehovih’s eyes. It was not until much later that a greater amount of knowledge was given to living beings. This was accomplished through divinely inspired written words (Commandments of Moses, the Teachings of Joshu, the Didache), and eventually the publication of spiritist texts also of divine origin (for example, the Oahspe Bible and various other legitimate writings). Today, both humanity and spirits are able to learn more about Jehovih and the requirement to progress spiritually.

12. Flatter not thyself, that thou canst turn aside, or set backwards, the seasons of the Almighty. 13. Wherein thou dost this, affliction shall surely come upon thee.

Because the truth is progressive, being revealed by Jehovih over periods of time and in different eras, it is not possible for humanity to turn the clock backwards. If we wish to progress in this and in the next life, we can not go backwards in our understanding of the truth. Otherwise, as the Oahspe says, “affliction shall surely come.”

14. Behold, I have made the heavens of the earth universal; and established heavenly roadways around about the earth, that the angels of the different nations and peoples may be as angels of universal heavens, to help one another. 15. Wilt thou make a law to incite the enmity of the spirits of the dead against thee? And open the door for still more aggressive wars? 16. Shall the laws of man interdict the march of Jehovih?

Jehovih’s truth is for everyone. It is the responsibility of each one of Jehovih’s Faithists to help bring the truth to as many as those who wish to hear. Our helping one another is to bring the knowledge about progression to all of our brothers and sisters, including those who have passed beyond the veil of the earthly world to the spirit realms.

17. Now, behold, when Kosmon came, I said unto thee: Come with thy God; peacefully shalt thou knock at the doors of Chine’ya and Japan, and they shall open unto thee. 18. This, thou accomplished; and those who had been exclusive hundreds of years, turned from the olden ways to welcome Jehovih’s hand in thy promises.

Again, Jehovih’s truths have been revealed to humanity in a progressive manner, and during this Kosmon era, we know that it has reached every country, but not every individual soul. Many people have turned away from the false religions of the Beast and have found the Light of Jehovih. Most souls learn the fulness of the truth in the afterlife.

19. Now, I declare unto thee, I will no more have exclusiveness in any of the nations and peoples in all the world.

Here we see where the title of this chapter is in agreement with the content. Jehovih does not want exclusiveness or division amongst His creation. All are seen as equal brothers and sisters.

20. Neither shall there be taxes and duties of one nation or people against another. 21. Behold, thou hast asked for the Father’s kingdom to come on earth as it is in heaven, and I will give unto thee. As thou hast prayed, so will I answer thee, in the name of Jehovih. 22. Thou shalt not serve both, Jehovih and mammon. Neither shall the light of my heavens be with thee, save thou heedest my judgements. 23. I will have all the ports open and free, nor shall there be partisan taxation, in favour of one nation against another, nor of one people against another people. 24. It is not excusable for thee to say: Lo, the poor foreigner will come and consume my riches! 25. Thou shalt say the opposite: Welcome, my poor brothers and sisters! Whatsoever is mine, is yours also. Come ye, and dwell within my country; it is ample, and Jehovih will provide unto us.

It is the custom of Jehovih’s Faithists to pray Joshu’s prayer at least three times per day. In part of that prayer, we petition the Eternal Creator for His Kingdom to be established on earth. He has promised that He will establish it upon the earth. The context of the Kingdom and not being able to serve both Jehovih and mammon (materialism), nor having taxes, and having free ports, is probably referring to the future when the reality of Jehovih’s Kingdom is known to all inhabitants of the earth.