Book of Divinity: Chapters 1 and 2

WHICH DESCENDED TO THE EARTH AND BECAME KNOWN BY THE NAMES, DIV, AND
DIVA AND THE DIVAN LAWS. BEING GOD’S LABORS IN ATMOSPHEREA (HADA), FOR A
PERIOD OF THREE THOUSAND AND ONE HUNDRED YEARS, DURING THE PASSAGE OF
THE EARTH FROM THE ARC OF LOO TO THE ARC OF SPE’TA, IN ETHEREA; AND ON THE
EARTH, FROM THE TIME OF ZARATHUSTRA TO THE TIME OF ABRAHAM AND BRAHMA. 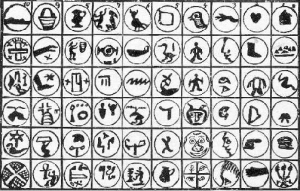 1. God, Son of Jehovih, said: By virtue of mine own authority, and in the name of
Jehovih, Creator of all things, peace and comprehensive judgment be unto angels and
mortals.

2. That ye may be taught from the little that has been demonstrated in the world, of
governments and principalities being manifest on earth, that similar organic bodies exist
in the heavens belonging to the earth.

3. Which heavenly places and governments were the cause and forerunners of good
governments manifested amongst mortals.

5. I, who am God in mine own behalf, for the enlightenment of the world, declare
the Glory and Wisdom of Jehovih above all things on the earth or in the heavens above.

6. Wherein Jehovih provided that no man could be a king forever, but must give way to a
successor, even so, in His heavens, provided He also unto His Gods and Lords for
successors at certain periods of time.

7. That the way might be open for the everlasting resurrection of all men, whereby all
who choose may, in time, become also Lords and Gods for the countless worlds that now
are, and shall yet be created.

8. Jehovih said: I blow My breath outward, and, behold, all things are created. They
go away in disorder, but they come back to Me orderly and in organic companies.
And every individual member is like a tree, bloomed in perfection in every branch.

9. Jehovih said: These companies, returning to Me in all their glory, are marshaled in
decorum and discipline by My Gods, for such is their labor.

10. Jehovih said: The labors of My Gods shall be chiefly in atmospherea (hada).
Nevertheless, My Gods and Lords shall not only labor with the spirits of the dead to teach
them organic discipline and harmony, but they shall provide unto mortals that they also
may learn the system and glory of My creations.

11. In the time of Fragapatti, in the dawn of the cycle of Loo in heaven, Jehovih
commanded the founding of an organic Congress for His God and Lords, and His Lord
Gods.

12. And Fragapatti thus created the organic body, and named it, the Diva, making God the
Chief thereof, with the title, Div, even as is known to this day in the sacred books of
mortals.

13. Jehovih said: In the early days of a world I give the races of man (on the earth) a
despot to rule over them. But in time after I give them representative governments with
many voices, having a right to help make the laws. Even so do I provide unto the hadan
heavens. In the early days I provide a God who shall be dictator and governor in his own
way. But in after times I provide a parliament in heaven, wherein My God and My Lords
shall jointly consult together in framing laws for angels and mortals. And these shall be
called Divan laws.

14. Jehovih said: Behold, My God and Lords and sub-Gods shall teach the same things in
the different parts of the earth and these heavens. I will not have one Lord teaching
one thing in one place, and another teaching the same thing differently in another place.

15. Jehovih said: My God and Lords shall provide comprehensively, so that all
peoples, on earth and in heaven, may be drawn toward Me in harmony and discipline.

16. God said: I, God of earth, being made Div, by Jehovih’s will, through His Son,
Fragapatti, heard the Creator’s voice, saying:

22. As the actions of corporeal substances produce light; as light is the expression and
speech of certain corporeal changes, so is Ormazd, the Master Light, the Creator, that
which illuminateth the soul of man, making man conscious that he is; making man
express his impressions. This is the Ormazdian law, this is the Ever Presence that
terminateth not forever.

23. Though worlds come into being and go out of being (as such), yet Ormazd remaineth;
He is the Forever; and within Him are all creations created. These are the Ormazdian law,
the Jehovih’yan law.

24. God said: This, then, that followeth, is the I’hua’Mazdian law: The school of
knowledge, kept by God and his Lords, for teaching mortals and angels.

25. Wherein certain discipline and words are necessary to cause the congregating of men
and angels, to dwell together and to travel onward forever, in harmony and rejoicing.

26. Behold, a great multitude was in disorder and confusion, and unhappiness resulted.
Then came order and discipline, and the multitude were harmonized and filled with
rejoicing. This that accomplished it, was the I’hua’Mazdian law.

27. Jehovih had said: Behold, I create man with the possibility of becoming a creator
under Me. The first lesson of creation I give into man’s hands, is, that he shall create
harmony and affiliation within himself and with his neighbors, that the many may become
in concert, even as one man.

28. God said: Such was the Ormazdian law; to create man with the possibility of
becoming a creator under Jehovih (Ormazd). But wherein man and angels, through their
God and Lords, began to make, to create, harmony and discipline; this was the
I’hua’Mazdian law.

29. As the manual of arms is to soldiers, making them a unit in motion, so is the
I’hua’Mazdian law in making and teaching peace and order and unity amongst mortals on
earth and angels in heaven.

31. God said: Here followeth then the Zarathustrian law: The bestowal of words to
mortals, of the dominion of God and his Lords: The making of all good mortals joint
heirs and members of the same heavenly kingdoms, wherein God and his Lords and their
Holy Council in heaven devise and administer laws for the ultimate resurrection of all
men.

32. The revealed word of heaven, to mortals; this is the Zarathustrian law.

33. The word was with God, and God became the word; this is the Zarathustrian law.

34. For the word being established through Zarathustra became the life of God in flesh,
being perpetual to the end of the world.

35. For though Zarathustra be forgotten, and the words of his mouth remembered not
on the whole earth, yet the Zarathustrian law (the revelations of God to man)
became everlasting in the souls of mortals from that time forth, forever and ever.

36. For man to know of, and to desire to become one with the All Highest, this is the
Zarathustrian law. Nor mattereth it through what name he striveth, even so he strive to
know the will of God.

37. When a king desireth soldiers for his army, he sendeth recruiting emissaries, calling:
Come ye, join the armies of the king. Even so, but for peace and righteousness, sendeth
God his Lords and holy angels down to mortals, saying: Come ye, join the kingdom of
God. And when they come, behold, they use certain rites and ceremonies, with words and
sacred days: The name of these rites and ceremonies and the words revealed by God,
these are the Zarathustrian laws. For they are the initiative, by which mortals become
joint workers with God and his Lords.

1. God said: Be attentive, O man, to the voice of thy Lord and his angels; be patient, that
thou mayest understand the dominion of thy God, and add glory unto the Almighty.

2. The Div was the chief, and the Lords and their officers comprised the Divan Congress,
of the period of time whereof this book pertaineth.

3. And such mortals of that day, who joined in the armies of God, were represented by the
voice of guardian angels through their Lord, according to the nation or place represented.

5. And the Div decreed laws and governments, unto mortals and angels, according to
what was best for them.

6. Jehovih said: I am the Light and the Life; behold Me, I am Ormazd. When I shape My
thoughts into words, behold, I am I’hua’Mazda; I am the word. When the words of My
kingdom are registered with mortals, behold Me; I am the Zarathustrian law. I am three in
one.

7. Even so have I given unto thee, O Div, and to My angels and My mortals; for ye three
shall be a unit in the furtherance of My kingdoms.

8. Behold, your labors shall be henceforth called Divinity (Divan). And whoso falleth
under your inspiration shall be called Divine (Divas).

9. God said: Consider, O man, the wisdom of thy God, to perceive what is feasible to
thine own judgment, and be thou far-reaching with thine own members.

10. The Div decreed: To carry birth rites down to mortals; to teach mortals when their
children were born to consecrate them to Diva, under a rod with water, after the same
manner es’yans were baptized in heaven. With rites and ceremonies, and words, according
to the Zarathustrian law, the I’hua’Mazdian law, the Ormazdian law.

11. God said: In the time of the baptismal of mortal children, behold, my Lords appointed
ashars unto such children, to keep them in the way of the Almighty.

13. The Div decreed: To establish wedding rites and ceremonies with words and
processions, in order to bind firmly monogamic marriages, according to the Zarathustrian
law, the I’hua’Mazdian law, the Ormazdian law.

14. God said: In the time of marriages, behold, my Lords appointed new ashars unto man
and wife, whose duties were to minister unto them as unto a small kingdom, for the glory
of Jehovih.

16. The Div decreed: To establish funeral rites and ceremonies, with words, according
to the Diva, that is, the Zarathustrian, the I’hua’Mazdian, and the Ormazdian law.

18. God said: In the birth rites; in the marriage rites, and in the funeral rites, recording
angels of the Lord were present; and afterward, they reported these things to my kingdom
in heaven.

19. And all such mortals as carried out these rites and ceremonies, with words, were
named Zarathustrians. Nevertheless there were many others, who, not being capable of
the inspiration, stood aloof from me and my kingdoms.

20. Jehovih said: I blame not My God and My Lords that their love ran more to the favor
of such mortals as became Zarathustrians, than to such as rejected God and his Lords.
Neither do I censure God and His Lords for favoring their chosen in building cities,
nations and empires, leaving such other mortals as were enemies to perish in their cities,
kingdoms and nations.

21. God said: Ye who are one with the Divine law, are free from the law; but they that
reject me and my kingdom are bound by the law.

One thought on “Lectionary Readings for Tuesday, April 7th, 2020”