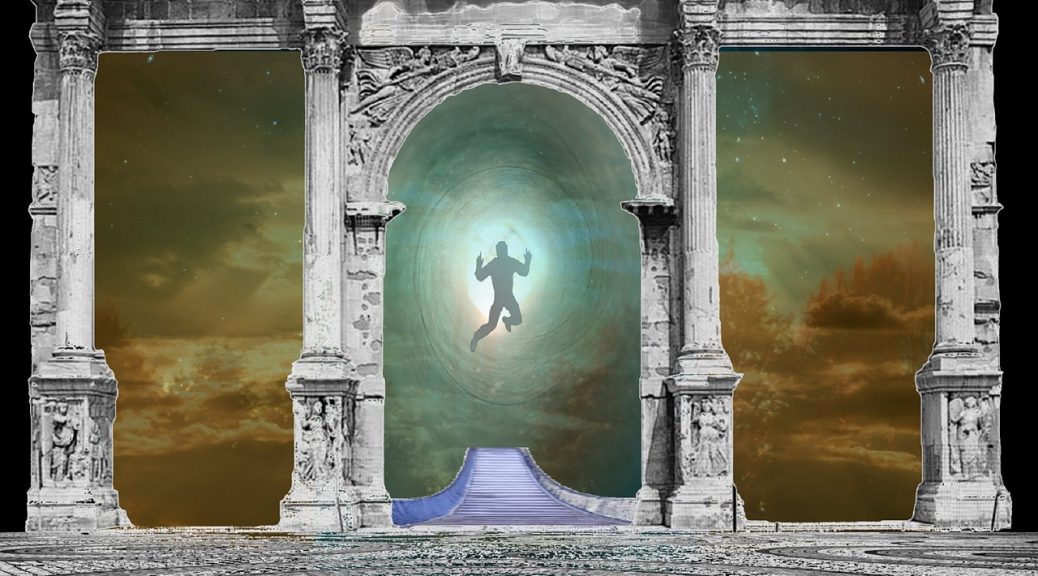 The “universal laws” spoken of by Mir Izgadda are not necessarily the codified Noahide Laws, but rather the moral obligation to choose from right and wrong. The Noahide Laws are close to this, but there are other areas that the Noahide Laws do not cover, which humans should know if they have been raised in a moral environment. The inclination (or desire) to do good is in every soul, although the brain of every person might not fully comprehend these laws, or basic human decency for that matter, and thus they act wickedly. This is another reason for the provision of progression in the spirit world. The soul, contaminated in one form or another, likely due to having less light within it, must learn the Way of Jehovih regardless of the circumstance when living on earth.

There are occasions when a soul is so attached to earthly things, instead of heavenly learning, that it attaches itself after death, to the physical world again. Sometimes their new existence on earth is an assignment from the higher angels that came to teach them. Those angels saw that they still had many attachments and that repentance was very much in order. The soul did not learn what it should have when initially on earth. For some reason, it was devoid of the sense of right and wrong.

And while this does not occur as often as some religions teach (Hinduism, Buddhism, New Age), reincarnation does in fact occur when necessary. Usually, when a soul is introduced to the truth by the higher angels, it gladly accepts the truth. However, there are those occasions when they wish to walk back to the umbral.

Jehovih’s Faithists believe that a soul can be sent back to the earth’s realm or on Earth itself, but not in the form of animals or plants. (See Book of Discipline 3:30) The Oahspe speaks of reincarnation, but not in the same sense as religions of the beast teach. No one is born countless times. The Oahspe teaches that such a philosophy is false. Eventually, a soul is given rest because it has finally progressed to a suitable grade. Divine Messengers and certain others are “reincarnated” (returned to earth) for a mission. This is something that we have been quite clear on.

Sometimes when we speak of reincarnation, it does not always indicate a reference to living on earth again in a physical body, but instead, it can refer to living in another plane of existence in the spirit realm. This can be with a physical body, subtle body, or a highly spiritual “body” — all depending on the ranking (grade) of the soul as it progresses. Through this process, the soul eventually comes to a better understanding and appreciation for the universal laws spoken of by the current Divine Messenger. “Soul progression” is a basic premise of spiritism as it is taught in the Oahspe Bible. This was also revealed to Hippolyte Léon Denizard Rivail (Allan Kardec) known for his “Spiritist Codification.”

Related: “Reincarnation – Is It a Reality?”, in the Faithist Star.